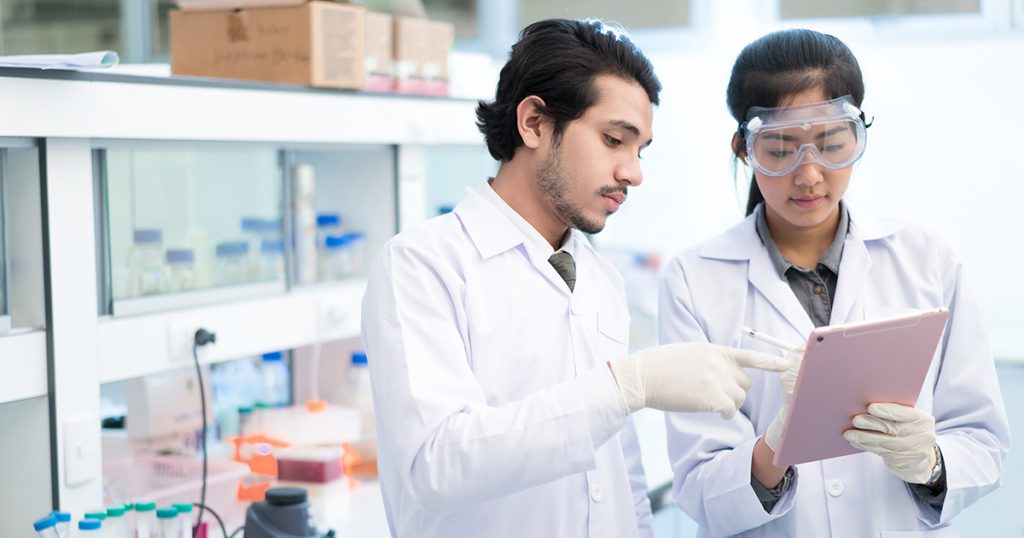 Countless studies and publications have reported on the positive effects of diversity so it’s troublesome some industries are still stuck in the past.

Particularly in Life Sciences, a field where women and people of diverse cultural and ethnic backgrounds are often in short supply, we believe diversity is crucial.

And why is that?

Well, for one: nature tells us so.

Take a look at any group of flowers, trees, or bushes, and you’ll find they all have one thing in common: no two are the same. The need for biodiversity can also been seen in companion planting which has been studied as a preferred method of growing food for centuries.

An effective means of keeping gardens healthy without a lot of pesticides or labor, companion planting utilizes the unique properties and benefits that individual plants provide to their neighbors, thus giving them the protection they need to prosper.

Like nature itself, human beings thrive and ultimately depend on the diversity of their environments. Diversity is critical to the success and ultimately, the quality of your organization.

Diversity in Life Sciences is Key to Innovation

In an economy that increasingly demands innovation, the diversity of your organization plays a key role in your ability to keep up. The fact is, if you want to build a team capable of creating breakthroughs that add unique value to the world, you need diversity in life sciences.

Not only does diversity enhance creativity, it encourages uncovering new perspectives and information, leading to better problem solving, decision making, and innovation.

While it’s not uncommon to think of diversity in terms of racial difference, it has many expressions. For instance: have you considered applicants of different ages? What about genders, work experience, locations, or religious backgrounds?

In today’s world diversity comes in many forms, all of which are equally valuable to your team’s ability to disrupt the status quo and stand out among the crowd.

Diversity Keeps Teams on their Toes

According to The Scientific American, “Diversity is not only about bringing different perspectives to the table. Simply adding social diversity to a group makes people believe that differences of perspective might exist among them and that belief makes people change their behavior.”

The more homogenous a group is the more likely they are to believe they are similar, resulting in the expectation that they will or even should agree with one another.

While a sense of unity and shared perspective is beneficial in the workplace, groupthink leaves little room for challenging perspectives, scientific or otherwise.

On the other hand, members of diverse groups believe they are different, resulting in the expectation that they will not naturally understand or agree with one another’s perspectives.

When we work closely with those who are different from us, we’re much more likely to thoroughly explain our point, whether via a formal presentation or during simple discussions.

Even in life sciences jobs where hard data and objectivity rule, we can’t help but filter our findings through the lens of our personal experiences to some degree or another. By creating an expectation of healthy differences we challenge each other and more importantly, our own perspectives.

In 2006 Margaret Neale of Stanford University, Gregory Northcraft of the University of Illinois at Urbana-Champaign and Katherine Phillips of Columbia Business School examined the impact of racial diversity on decision-making groups in an experiment where sharing information was a requirement for success.

Using undergraduates at the University of Illinois as their subjects, the trio put students into groups of three that consisted of either three white students or two white students and one non-white student – and challenged them to solve a murder mystery case.

Both groups were given a common set of information to take on the task. Individual members were also given critical clues only they knew. In order to solve the murder, each member would have to share all the information they were given during the opening discussion.

So which group did better?

The diverse group of course. When we believe we are similar to others we often assume we all share the same perspective or information. This belief, which impacted the ability of the all white teams to effectively perform and process the information, is what led to stunted creativity and decision making.

Building and Supporting a Diverse Workforce

It’s only natural that your team will have different needs. Being culturally aware, respectful, and ensuring interview panels are diverse are just a few of the ways you can meet them.

Also worth considering are dress codes, scheduling options, and even celebrations. The most important part of building and supporting diverse teams is acknowledging and meeting the needs of each individual to the best of your ability.

The best way to support the diverse needs of your workforce is to ask. No need to assume, your employees can and should tell you what they need. There may be only a few changes, or there may be many. But if you strive for an environment where everyone’s voice is heard, it’ll be well worth the output you get in return.

At Turesol we strive to create diversity in our own ranks. By doing so we are committed to bringing you the best candidate, that adds value to your organization, regardless of race, gender, sexual orientation, or any other perceived differences.

We believe in candidates who provide new perspectives and enhance the creativity and quality of your workplace so you can keep up with these demanding times.

We hope you do too.

If you’re looking for talent or seeking new opportunities, get in touch with us today.